A Sit-Down Interview with Luxembourg Ambassador to the United States, Nicole Bintner-Bakshian.

A Sit-Down Interview with Luxembourg Ambassador to the United States, Nicole Bintner-Bakshian. 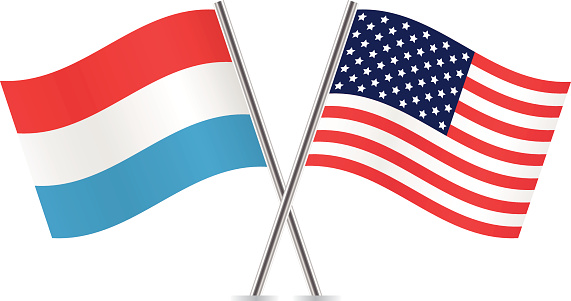 Last weekend, the Luxembourg Brotherhood of America was thrilled to welcome and host Luxembourg Ambassador to the United States Nicole Bintner-Bakshian to the Chicagoland area. Throughout her time in Chicago, several members of the organization showed her around some of the area’s most important Luxembourg-American cultural sites, including visiting the neighborhoods of the earliest Luxembourgish settlers to America. Her visit culminated on Sunday, with the LBA’s 85th Annual Schobermesse Festival in Morton Grove, where she graciously addressed the fest goers and reaffirmed her commitment to the Embassy’s engagement in our community’s cultural preservation efforts.

Upon the Ambassador’s arrival to Chicago, I was lucky enough to be able to sit down with her for a few minutes to discuss her visit to the area, her vision regarding the Embassy’s engagement with the broader Luxembourg-American community, and what she hopes to accomplish within the community during her time in Washington:

What are you most looking forward to about your visit to Chicago?

Whenever I travel, the most important for me is to meet with the people. To get to know the people, to see what they are doing; and then of course in this particular case, to understand the linkage they keep to Luxembourg and how we can strengthen that. Of course, I also want to learn more about the history of Luxembourg emigration to this region: what the first settlers were doing, how it developed, and how we can preserve the important heritage we have here.

What message would you like to convey to the many Luxembourg-Americans living in this area?

My main message is that I want to rally the Luxembourg diaspora and the friends of Luxembourg to create a community that is more connected, to carry out projects together, to link people to their ancestral home, and to bring together people on both sides of the Atlantic.

How does the embassy envision collaborating with the LBA and other heritage organizations?

For the Embassy, it is extremely important to be in touch with all of the heritage organizations that are out there. Of course a lot of the work has to be done on the ground with the people that are there, but the Embassy wants to encourage these efforts and act as a bridge for them to Luxembourg. And also, to get people involved on the other side of the Atlantic in Luxembourg. I know some people have the connections, but others don’t, so I think the Embassy should really be a bridge and encourage and be open to answer questions, provide material, give patronage. Whatever it can do, it should be a facilitator. We are aware that most of the work has to be carried out by the people on the ground, but we are there to facilitate it and make it happen.

How can Luxembourg-Americans become more involved in their heritage preservation?

When you come to the heritage events you can feel a lot of enthusiasm, curiosity, interest. But often, I find that younger people seem less involved, less connected. Which is, in a sense, strange, because they should be even more connected now through social media; it will be much easier to get people connected and to get people involved from many different areas. In order to rally people of all ages and from all over the United States, we have to assess: What are people excited about? It could be music, it could be culture, it could be cooking. Everybody should come up with ideas: what makes them curious about their heritage? What would they like to know or emphasize? Whereas social media can help to rally people who are spread far, I am a firm believer in people-to-people contacts. People have to get together, meet each other, exchange, be creative. We should strive to organize different events in different parts of the US catering to people’s tastes and interests. We should get together the ever growing community of Luxembourgers in the US, Luxembourg-Americans and also the “Friends of Luxembourg”, who have a special linkage to the country for having worked, lived or studied there or are otherwise passionate about the place and the heritage.

Why do you think it’s important for Luxembourg-Americans to stay involved in their community?

Together with organizations like the Luxembourg Brotherhood of America and the Luxembourg American Cultural Society, we want to bring life to the Luxembourg-American community, create a sense of belonging around a common heritage, a common experience, common memories. We do not want to forget or lose the heritage, but rather cherish and celebrate it and use it as a basis to create friendships and networks between people and between our two countries. In order to be able to do that successfully, we have to find areas of engagement and activities which people are interested in, and which are relevant to them. These can be in areas as diverse as education, sports, culture, trade, research, science, languages, food, to name but a few. I am very excited to feel some new enthusiasm, especially amongst the younger Luxembourg-Americans, to come together, celebrate their heritage and why not, realize projects together. After initial work on this end (within the US), I hope that we can expand the links on the other side of the Atlantic with Luxembourg and its citizens.

On behalf of the entire LBA, I would like to extend my sincerest gratitude to the Ambassador for her visit to our local community and for her commitment to the Embassy’s engagement with our cultural preservation efforts. We look forward to seeing her back in Chicago soon!