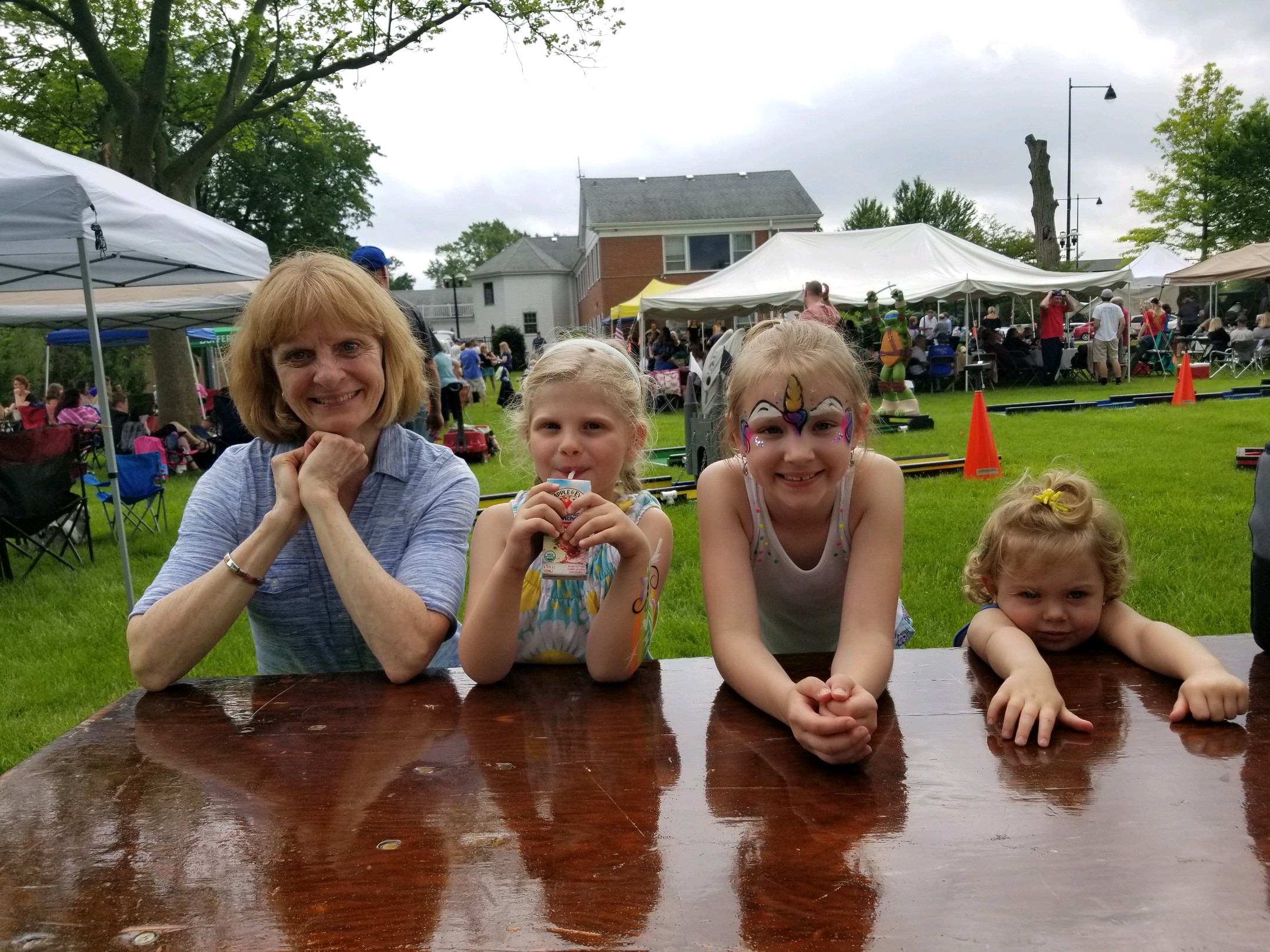 I recently re-read Gerda Hansen’s “Schobermesse Memories”–her essay on the history of Schobermesse that appeared in the 2012 Schobermesse program booklet. Since becoming a member of the LBA, I have become interested in the background behind the Schobermesse festival in terms of Luxembourger heritage. Her essay gave me valuable insights that I would like to share. Gerda graciously gave me permission to adapt her essay as an article for our LBA website blog. Of course, I have to credit Gerda for sharing her memories and giving us historical information. I also would like to thank George Jones of Section 3 for his comments at the end of this article on how the Schobermesse tradition has been revived.

Indeed, the Luxembourg Brotherhood of America had a parade of Schobermesse festivals in Chicagoland, from the early years in the 20th century until the mid-1960s. A parade was only one of many highlights of the festivities. The Schobermesse parade was an eight-mile-long journey that started on Clark and Ashland in Chicago and wound around to 6211 N. Lincoln Ave. in Morton Grove, ending at the Luxembourg Gardens club building and adjoining grove. Gerda wrote that there was a variety of activities and events that those who attended Schobermesse in those days can clearly recall. My husband Mike’s late Aunt Florence (Schumer Coet), who grew up in Evanston, used to tell us of going to the Schobermesse parade and festival as a teenager in the late 1940s. Just recently I was talking with Jon Pesche at Pesche’s Garden Center in Des Plaines. He said Schobermesse in Morton Grove was the highlight of the summer for “Luxie kids” in the 1950s through the mid-1960s. His dad would give him and his brothers a handful of quarters to play the many games at this carnival-like event.

As Gerda recalled, one of the most-popular games at the Schobermesse festival in those days was the strength-testing carnival game called “Lukas” or the “high striker” game (where you use a mallet and try to ring the bell at the top of a pole). At the Schobermesse the entertainment, the food, the games, and the competition for best flowers and vegetables were all memorable. But Gerda went on to say what made this harvest festival a success was the camaraderie of Luxembourgers and their friends.

So what does Schobermesse actually mean? First of all–it is helpful to know it’s a German term. Schober loosely means haystack or a small barn, and Messe [traditionally pronounced mess-ah] is the German word for festival or fair. Many Luxembourgers who emigrated to the Midwest in the late 1800s and early 1900s–like my husband’s family the Schumers–spoke German as well as Luxembourgish. In the Luxembourgish language, the term for the fair is Schueberfoeur. Here is a Schueberfoeur poster from Luxembourg from the 2008 fair. This fair was and is a major event in Luxembourg.

At the 2008 Schobermesse in Chicago, those who attended will certainly remember the children’s parade held that year, complete with a small herd of sheep “rented” for the occasion–a tribute to the bygone days of Schobermesse parades, as Gerda would say. In Luxembourg such a Hammelsmarsch (“mutton march”) for the fair was a tradition. Here is a photo of the late Bill Clesen of Section 8 with his granddaughter, Dana, as he was preparing to lead the 2008 Schobermesse parade at the picnic grounds. This was the first Schobermesse that Mike and I attended.

As Gerda explained, the idea of holding a Schobermesse in Chicagoland was conceived in 1903/4 by Peter Malget of what was then called the Luxemburg Bruderbund (German for brotherhood). Schobermesse was originally set as the first Sunday in September, with Section 3 organizing the first Schobermesse in 1904 at a site on Ridge Avenue. Other sections were invited to join in, and Schobermesse became an annual event. Even during WWI and the Great Depression, the Schobermesse tradition continued. In 1938 Schobermesse was held at a site in Morton Grove called Muller’s Grove. The Schobermesse annual events continued through the World War II years; in 1954 the Luxembourg Gardens (and adjoining area) in Morton Grove became the established site for the event. However, in 1967 the Luxembourg Gardens building was sold to a restaurant owner, and the tradition of holding a Schobermesse harvest festival ended that year. You can see a photo of the historic Luxembourg Gardens as it once existed in this e-article by Kevin Wester.  https://www.rtl.lu/culture/exhibitions/a/1405991.html

In her essay, Gerda tells us that the Schobermesse tradition was thankfully revived in the early 21st century. As George Jones wrote in the program brochure for the 2019 Schobermesse in Morton Grove, Section 3 rekindled the Schobermesse in 2001 at Bunker Hill Forest Preserve. In 2003, the Schobermesse became an event sponsored by the Grand Lodge, with significant participation from Section 3 members and the involvement of Sections 7, 8, 15, and 21.

Featured here are photos from the 2019 Schobermesse, thanks to George.  Here’s hoping for many more Schobermesse fests in the future. Moien!